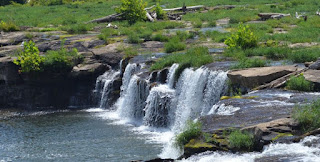 “Owning our story and loving ourselves through that process is the bravest thing we’ll ever do.”

“The Latin root of the word integrate is integrare, which means ‘to make whole.’… Participants spoke about the importance of feeling genuine, authentic and whole rather than always compartmentalizing their lives or hiding parts of themselves for editing their stories.”

As I was reading Chapter Three of Brene Brown’s book, Rising Strong, I encountered these two quotes. Isn’t it interesting that sometimes your mind (or maybe God) lines up what has your focus with what is in the back of your mind? First, there is the idea that integrating our stories into our lives instead of ignoring them leads to wholeness. That idea collided with thoughts from the General Conference.
Rule 44 was proposed and failed to be adopted by the General Conference. It would have created a means by which controversial legislation would be considered in a small group setting:

The Commission on General Conference recommended Rule 44 at the request of the 2012 General Conference, which sought an alternative process to Robert’s Rules of Order for dealing with particularly complicated and contentious legislation.

The commission’s aim was to use small groups to give all delegates a chance to weigh in on selected petitions. (a quote from this source)

As I think about the proposed small groups, I imagine that in them there would have been the telling of stories. There would have been shared experiences. Instead, the General Conference did not do that.
I imagine the integration of our stories into the decision process (one of the parts of Wesley’s quadrilateral) would have led to more wholeness and less division – at least I hope it would have. But we will never know.

Someone asked me the other day where I’ve been, as in blogging. General Conference left me and our denomination in a kind of fog. There were high moments of grace when the Arapahoe and Cheyenne… More

By Dalton Rushing* If there’s one word that gets thrown around more than any other in the church’s ongoing debate about full inclusion of LGBTQ people, it’s “orthodoxy.” Those who oppose full inclusion (or, less pejoratively, those who argue that the Bible does not allow for same-sex weddings or LGBTQ clergy) argue that their position […]

By Bill T. Arnold* When the Methodist movement became a denomination, our forebears adopted the Anglican Church’s Articles of Religion in nearly every respect. With regard to Scripture, we inherited the statement that the Bible “containeth all things necessary to salvation.” Going back to the sixteenth century, this was the statement of the English reformers affirming […]

Life continues in a patchwork fashion across United Methodism…we have a lot of work to do.

The General Conference is the highest body in United Methodism that alone can determine church teaching and practice (traditionally, ‘doctrine and discipline’).  The 2016 General Conference finished its quadrennial meeting last week in Portland, O…

Here in Texas, we love our barbecue. We’ll get into arguments with folks from the Deep South about the glories of brisket over pulled pig with vinegar sauce. It’s fightin’ words around here if you tell us that slow-smoked beef isn’t true barbecue. According to this website, “the Lone Star State has the sixth highest percentage […]

As we continue our guest posts related to General Conference 2016, here’s a reflection seeking what God is calling the two factions within United Methodism to be.

What will keep us from being perpetually locked in the iron cage death match that has become of our General Conference gatherings?