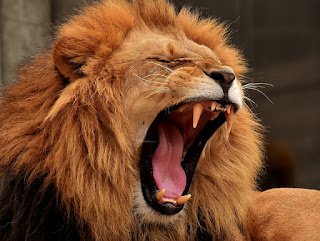 The Lion had been hurt by the horns of a goat which he had brought down. He was very angry to think that any animal that he chose for a meal, should be so brazen as to wear such dangerous things as horns to scratch him while he ate. So he commanded that all animals with horns should leave his domains within twenty-four hours.

The command struck terror among the animals. All those who were so unfortunate as to have horns began to pack up and move out. The funny thing is, even impacted the Rabbit. As you know, rabbits have no horns and so had nothing to fear, passed a very restless night, dreaming awful dreams about the fearful Lion.

When Rabbit came out of the warren in the early morning sunshine and saw the shadow cast by his long and pointed ears, a terrible fright seized him. He turned to the branch where his friend, Cricket, lived. “Goodbye, Cricket,” he called. “I will miss you, but I’m off. Lion will certainly make out that my ears are horns, no matter what I say.”

This fall, our Bible Study at church has been delving into the Book of Proverbs. These past few weeks, we have been looking at what this book of wisdom has to offer about the tongue (how we talk) and then we’ve looked at how we are encouraged to choose a good name over riches (22:1). 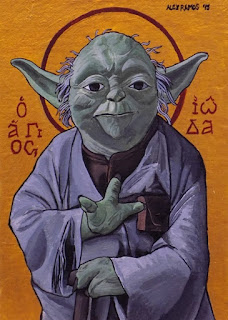 There is so very much that is out of control in our lives, so many things we can do nothing to change, it strikes me as interesting how we have not been more attentive to these two very important aspects of our world and lives we do have the power to influence. We are told the tongue can be incredibly destructive to others. This we see regularly spewed throughout our radios, social media, and TV. Even the calls for people to “say something” are more often attempts to shame others.

When I read the words of the Desert Fathers and Mothers of the early church, we find they wrote very little but their disciples are the ones who recorded the words of wisdom we read today. They saw many evils and witnessed as much corruption as we do in our day. They rarely spoke unless spoken to by others and even then, at times, they said nothing at all leaving people to their own conclusions. Proverbs 10:19 states: “Where words are many, sin is not wanting; but those who restrain their lips do well.” Actions and words both form a reputation for sometimes our words ARE actions.

And here I come back to Rabbit. He understood clearly there was nothing more to be said or that could be said to change the heart of the Lion. There are times that the pen is mightier than the sword and there are times to realize no matter what you might say or do, nothing will impact others.

So what are we left with? We are left with Proverbs 21:21: “Whoever pursues justice and love will find life and honor.” You do what you can and take to heart John Wesley’s encouragement: Do no harm. Do good. Stay in love with God. When you fail: admit and repent. Follow then what the Apostle Paul taught: “If possible, on your part, live at peace with all.” (Romans 12:18)

As noble as lions can be, they have bad days and bad moments. As peaceful as a rabbit might be, they can be prideful, too, just ask the tortoise. The choice we have is in ourselves – how we respond. Know yourself and when it is right, do right. If you must, use words.