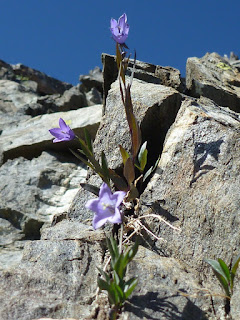 Sheryl and I made our way to First United Methodist Church in Duncan in 2006 to celebrate the 100th birthday of Reverend Phil Wahl, pastor emeritus of that church.  He had been serving in some type of pastoral role in that congregation since 1968 and Sheryl had grown up with him as her pastor.  We didn’t know if he would recognize us or not when he saw us but he called each of us by name.

His greater gift was to not only recognize people but to really know them.

He asked us several pointed questions that indicated he not only remembered our faces but knew what we were about.

There were some great stories about Rev. Wahl through the years.  He was famous for driving over the speed limit wherever he went and most people learned to get out of his way!  I heard a story that he told the church secretary to call the highway patrol:

“Tell them I’m headed to Oklahoma City to visit people in the hospital so don’t stop me for speeding.”

There were various times he ended up in the hospital himself.  The great thing about him was that he wouldn’t stay in bed while he recovered.  He would move from room to room, visiting others who were there in need of prayer.  He definitely bloomed where he was planted!

His attitude exemplifies the scripture from Jeremiah today.  Jeremiah tells the people who have been forcibly removed from their homes to not only prosper but to help their new nation prosper.  What does it mean to pray for a place when you don’t necessarily agree with their philosophies?

Can we find a greater good?

This Sunday, we will explore this important scripture in an age and culture where we are so partisan as to consider it anathema to seek the good for our opposition.  I hope you’ll join us as we grow in faith together!


Photo by Laurel F via Flickr.com.  Used under the Creative Commons license.