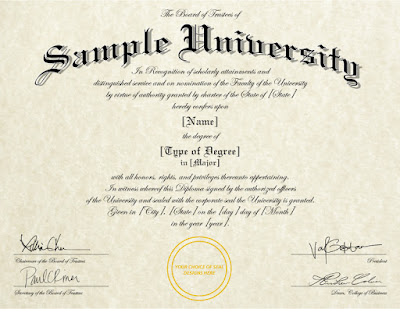 I recently saw a title for a book review, “Put Not Your Trust in Credentials.” It makes me think of one of the most insidious prejudices among United Methodists pastors (that I am convinced one day we will have to answer for): those who went to seminary, and those who didn’t.
Some say we clergy should compare ourselves to doctors, lawyers, and other professionals where education is concerned. Yet John Wesley had a strong resistance to the class consequences of “professionalization” – such as medicine and the law. At best, he embraced the tension of academically educated clergy while lamenting it.
As Randy Maddox from Duke Divinity has noted: “In the 1956 Discipline of the Methodist Church (¶332 and following) the default “standard” for ordination shifted from course of study (with college and or seminary as alternatives) to making a Divinity degree the standard for admission on trial and eventual ordination as a Traveling elder, with the course of study now a restricted alternative. This growing professionalization was linked to escalated class status, and fit prudential realities of majority of Methodist congregations at the time.” He also points out that our closest pan-Methodist partners (AME, AMEZ, etc.) all retain local elders and wonders why we ever ditched such.
To further paraphrase Maddox: Our cultural and financial realities, as well as the decline in American Christianity, has got to push us to broaden the range of persons that we ordain for ministry, and mandates that we:
We cannot – morally, ethically, or practically – ask young people to sacrifice 10 years of their life and go into debt they cannot recover for a profession that requires the education of a lawyer or a physician, but is nowhere near as lucrative (nor should be). At the same time, there are other ways to educate and form clergy beyond the traditional “American way” of higher education. We make it even harder for second career folks to answer the call of God, who are usually relegated to the “local pastor route” – which we elders, as well as our denomination, have treated and regarded such as second-class citizenry.
We can do better.
Sky+