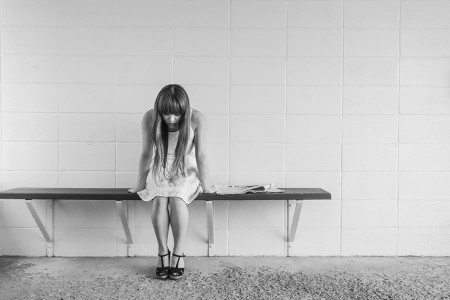 We are aware that you are involved in the same type of conversation this week that The United Methodist Church had in the same room a month ago at our General Conference regarding whether to leave the Religious Coalition for Reproductive Choice (RCRC). In your conversation at General Assembly, one argument in favor of such an action has referenced The United Methodist Church’s decision–and thus, we feel it is important to implore the PCUSA to be better than the UMC.

We write today as informed United Methodists who believe our Church took the wrong action when it instructed two of our denomination’s agencies to withdraw membership from RCRC and failed to readopt long-standing legislation upholding the Church’s affirmation of families’ sacred responsibility to plan when and how many children to have and guarding women’s right to comprehensive reproductive health care. We chose to not stand on the side of women and girls. While various regional (annual) conferences of The UMC have chosen to affiliate or remain in affiliation with RCRC, The UMC no longer has the same level of influence it once had.

We know both the PCUSA and The UMC have carefully nuanced positions on abortion. For some in our churches, being a part of an organization that advocates for access to abortion seems “too far.” But abortion is a small, necessary part of comprehensive women’s health–you cannot advocate for women’s health without advocating for reproductive health, for the two are the same. Women’s well-being is harmed when voices of faith are quiet on their behalf. It is vital that voices of faith are heard.

Globally, an estimated 35 out of 1,000 women of childbearing age terminate a pregnancy (more of them married women than unmarried). Even more will consider an abortion, and the work of RCRC is imperative to the ministry of the Church. Those women are in your pews, singing in your choirs, attending your youth groups, leading your committees, preaching the Good News of Jesus Christ in your pulpits. As a United Methodist Women member and a father of two girls, we decry the actions and inactions of our General Conference and pray that our PCUSA sisters and brothers take a stand for women and their God-entrusted agency. We pray that your prayers translate into tangible action for women in your churches and our nation. Use your important and vital voices in discussions of women’s reproductive health at RCRC. Walk with women at all stages of life, and be the voice needed for women and girls everywhere.

The Rev. Jeremy Smith blogs at HackingChristianity.net and is an Elder in The United Methodist Church, serving First UMC, Portland, Oregon.

Irene R. DeMaris, M.Div. is a feminist and lifelong member of The United Methodist Church who advocates for women’s health through a faith-based lens.

The article “An Open Letter to the #PCUSA: Don’t Be Like Us. Be Better.” was originally posted on HackingChristianity.net.